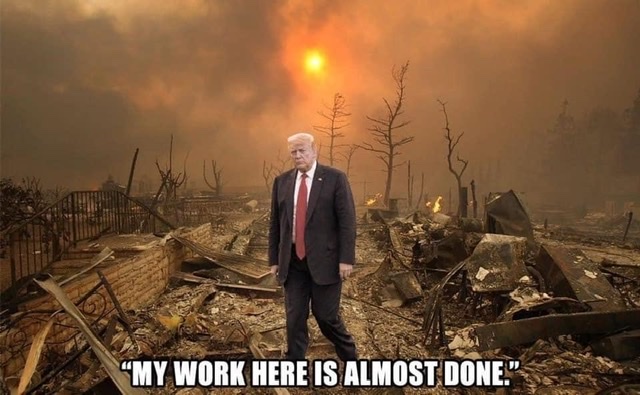 If you’re a “minority” in this country, as many of us are many times over – brown, queer,  black, Asian, Mexican, HIV-positive, immigrant, female, disabled, ANYTHING but white (especially Evangelical Christian) male—this election is the big ballgame!

Republicans have lost their collective minds and moral compass. John McCain died and they fell through the earth straight into Hades! They have lied and legislated against people like us for so long they believe their own madness. They proclaim “These people (anyone but them?)” are a danger to our children, a danger to our wealth, a danger to our neighborhoods, and a danger to our power because, they now believe they are equal to us. Tell them they are not. They are damaged, soulless, and without value.

You Republicans elected the greatest con man in history of the U.S. presidency who has done nothing but lie to excuse his ignorance and revolting racism, let alone his staggering incompetence and criminality that has cost close to half a million lives in this pandemic, the worst response to COVID in the developed world, bringing on the worst economic crisis since the Great Depression. The RNC propaganda fantasy won’t change the fact that this depraved man is a well-schooled agent of chaos, a frightening disaster at his job, and a grave danger to this country and all our great friends and Democratic leaders throughout the world.

Now the mismanaged police have, yet again, shot a Black man in the back seven times, while a right-wing white Trump-loving vigilante teenager killed two demonstrators as he brandished a riffle unobstructed through the streets. If this makes you want to give Trump four more years because you value destroyed buildings (during an understandable rage) over the lives of Black people and justice for Black people—then you’re a moral goner anyway. Misery awaits you everywhere. Good luck!

I’m voting for Biden-Harris not because I’m a Democrat-over-everything true believer (I can see the weaknesses), but because our democracy depends on defeating Trumpism, as do our lives. I’m voting Democrat up and down the ballot because we urgently need to jettison Trump and his collaborators for the good of the nation, for ourselves, and our young people’s future.