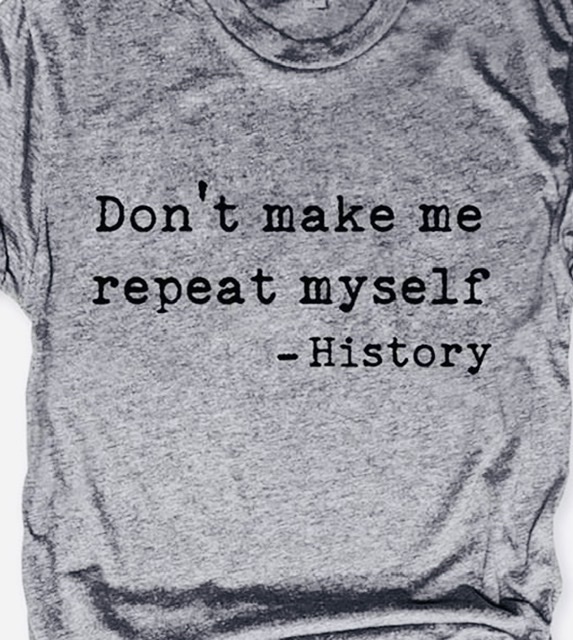 After struggling to settle on a clear and concise reelection message, Trump has zeroed in on his 2020 rallying cry. Four years ago, it was “Build the Wall,” a simple yet coded mantra to white America that nonwhite outsiders threatened their way of life.
This week, Trump has re-centered his campaign on another three-word phrase that carries a similar racial dynamic: “Law and Order.” However, this theory works best by first stoking chaos and then claiming there’s an urgent need to control it by using force. For example…

Conspiracy Theories: Trump is recycling a bizarre and baseless tale claiming that recent protests have been orchestrated by powerful people in “dark shadows” who arranged flights for black-clad ”thugs.” Trump has offered only a vague secondhand story and says the matter is under investigation. His unsubstantiated claim echoes his 2018 false accusations that caravans of Mexicans were crossing the borders and heading into the US. The American People didn’t buy it.

Portland: The police chief has denounced protest vandalism this week in Oregon’s largest city after people broke windows and set a fire inside the upscale apartment building where Mayor Ted Wheeler lives. The demonstration began late Monday and stretched into Tuesday. Democratic Presidential candidate, Joseph Biden, made it clear in a speech this week that he does not consider vandalism protesting, but lawlessness that endangers everyone and helps no cause.

Breonna Taylor: This week a lawyer for her family says a plea deal was offered to an accused drug dealer that would have implicated Breonna in a drug operation weeks after her killing by police. This deal was denied by her ex-boyfriend. Her death has sparked months of protests in Louisville by activists who along with celebrities and athletes have called for the officers to be charged in her death.