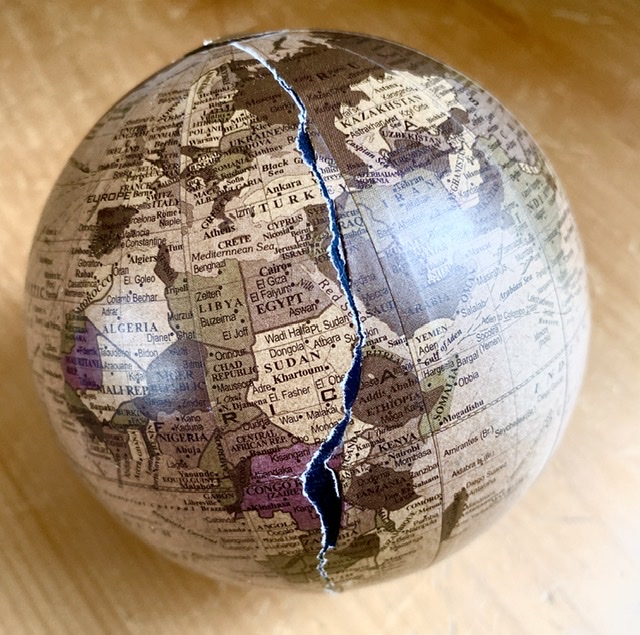 Now Trump is demanding Fox News fire a reporter for confirming his disgraceful remarks calling military soldiers who died or were captured in battle, “losers.” How very fascist of him.

And still his minions flock.
We call this phenomenon a “powerful tribal identity” bonding the president to his supporters. And the Trump Tribal instinct—just like the Hitler furies—is not just to belong, but to exclude and attack. When groups feel threatened, they retreat into this animal tribalism. They close ranks and become insular, blindly defensive, more punitive, more us-versus-them, more unreachable, way more radicalized, and, of course, more dangerous.
This is what you are observing right now with the GOP’s terrified Trump Troops.

Our job? Push on, regardless. Never forget, if Trump somehow manages to take over our country, America’s situation becomes a major threat to the rest of the world. And we are not alone. We have great, strong allies everywhere. Allies who, like us, have fought off and beaten fascism before. No one wants this. But we already know Russia has a horse in this race of ours. A Homeland Security intelligence bulletin issued hours before Trump spoke in Latrobe, Pennsylvania, warned that a Moscow backed operation (involving proxy websites) had denigrated vote by mail processes, claiming they create fraud opportunities. The same Russian media attacks mimic Trump’s false allegations that Joe Biden’s Health is failing. And don’t forget Russia provides weapons of war to Arab Countries as it is. Israel and Netanyahu are being openly manipulated by Trump and Mike Pompeo. (Not withstanding this recent Israel–United Arab Emirates peace agreement, stand by for more outrageous Trump campaign manipulations here!)

So, yes, hope for the best, but open your eyes and mind to the big picture we are all a part of. Ignorance is not bliss. And fear is useless. They’re counting on both.

Instead, get out and fight to protect your vote. Try to stop this before it blows past our best first defense.