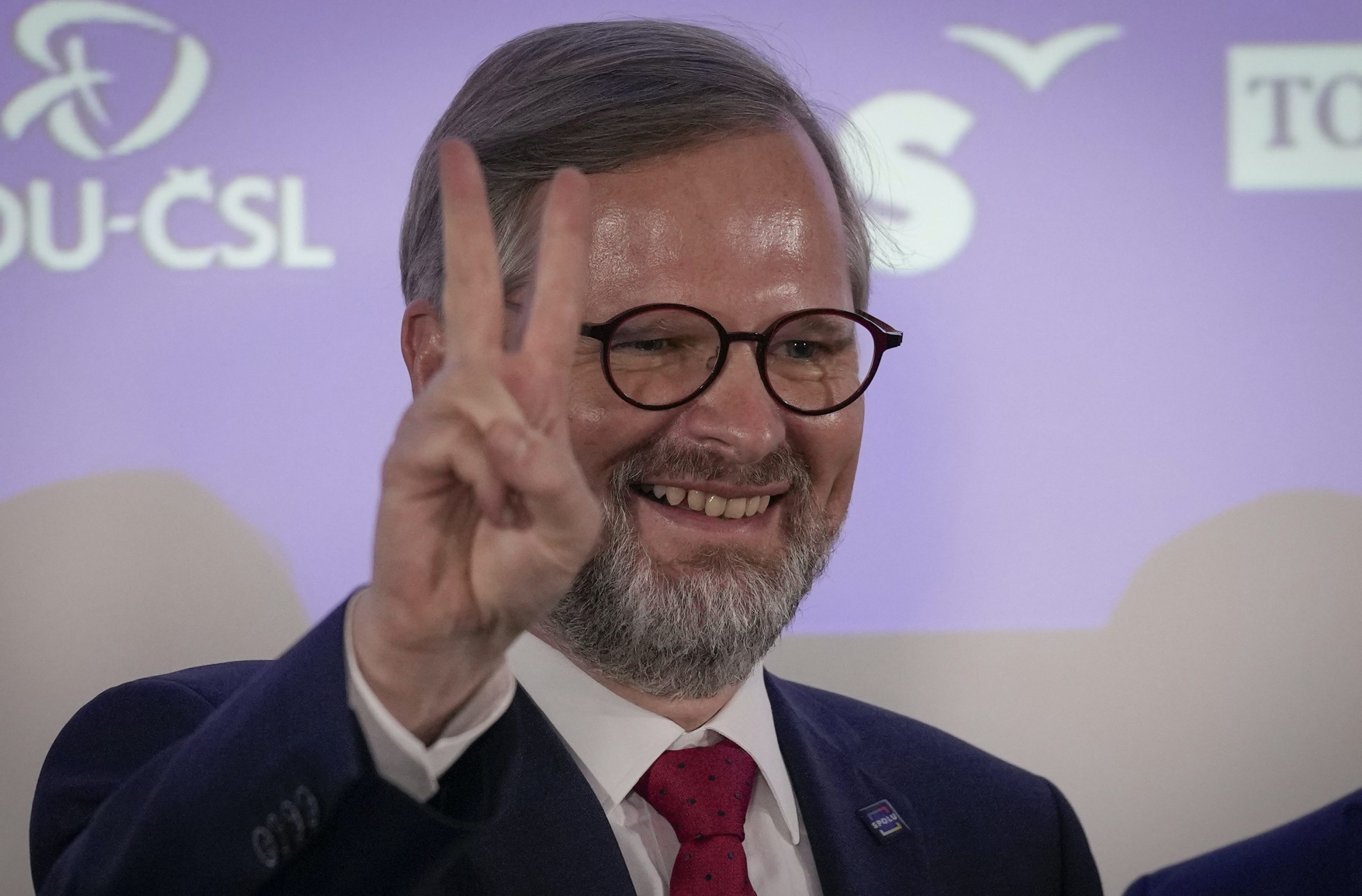 Czechs Defeat a Populist, Offering a Road Map for other countries trying to Topple Dictators

For the past decade, populists like Andrej Babis have often seemed politically invincible, rising to power across Central and Eastern Europe as part of a global trend of strongman leaders disdainful of democratic norms. But on Saturday the supposedly unbeatable Babis was defeated because opposition parties put ideological differences aside and joined together to drive out a leader they fear has eroded their country’s democracy.

Marie Jilkova, a successful anti-Babis candidate, said that banding together to confront Babis and his party machine “was, for us, the only way to survive — there was no alternative.” Her own party, the Christian Democrats, differs on issues like abortion and gay marriage from the more centrist parties in her coalition, so, she said, “we agreed that we would not talk about these things during the campaign.”

HELLO, US Congress! Listen up! Get important shit done. Then squabble about the rest.

The Czech success could have major repercussions in the region and beyond. In Hungary and in Poland, where nationalist leaders have damaged democratic institutions and sought to undermine the European Union, opposition leaders are mobilizing, trying to forge unified fronts and oust populist leaders in upcoming elections.

“Populism is beatable!” STEP ONE: suppress individual egos and compromise in the interest of bringing a change.

The biggest showdown could come in Hungary, where Prime Minister Viktor Orban has promoted himself as Europe’s standard-bearer for “illiberal democracy,” and steadily stripped democratic checks, squeezing out independent media and the judiciary. Orban has endorsed right-wing political positions — including hostility to immigration, the European Union and L.G.B.T.Q. rights.

No surprise that these and other autocratic leaders have been ex-prez Trump’s inspiration from the get-go. But perhaps the trend sweeping Europe today will blow his ass down as it blows through the recent collapse of America’s Republican Party? (Always think good thoughts!)

Oh! And Russia? The appeals for opposition unity have also been evident where Allies of the jailed opposition leader Aleksei A. Navalny tried to persuade voters to rally behind a single opposition candidate in each constituency, whether they liked the candidate or not. This they rightfully explained could result in winning just one single seat and breaking President Vladimir V. Putin’s complete stranglehold on power.

Alas, it failed to work because any real opposition candidates were kept off the ballot, and because Putin removed a Smart Voting App that his opposition was using to coordinate its campaign.

Karma tells us the harder you push something down, the bigger it will explode back up, so clearly this fight will never end with dictators oppressing the people. Along the winding way, we can support truthful rebel voices wherever we hear them, even if it feels like a compromise at first (Liz Cheney?). Find a middle ground to find higher ground.