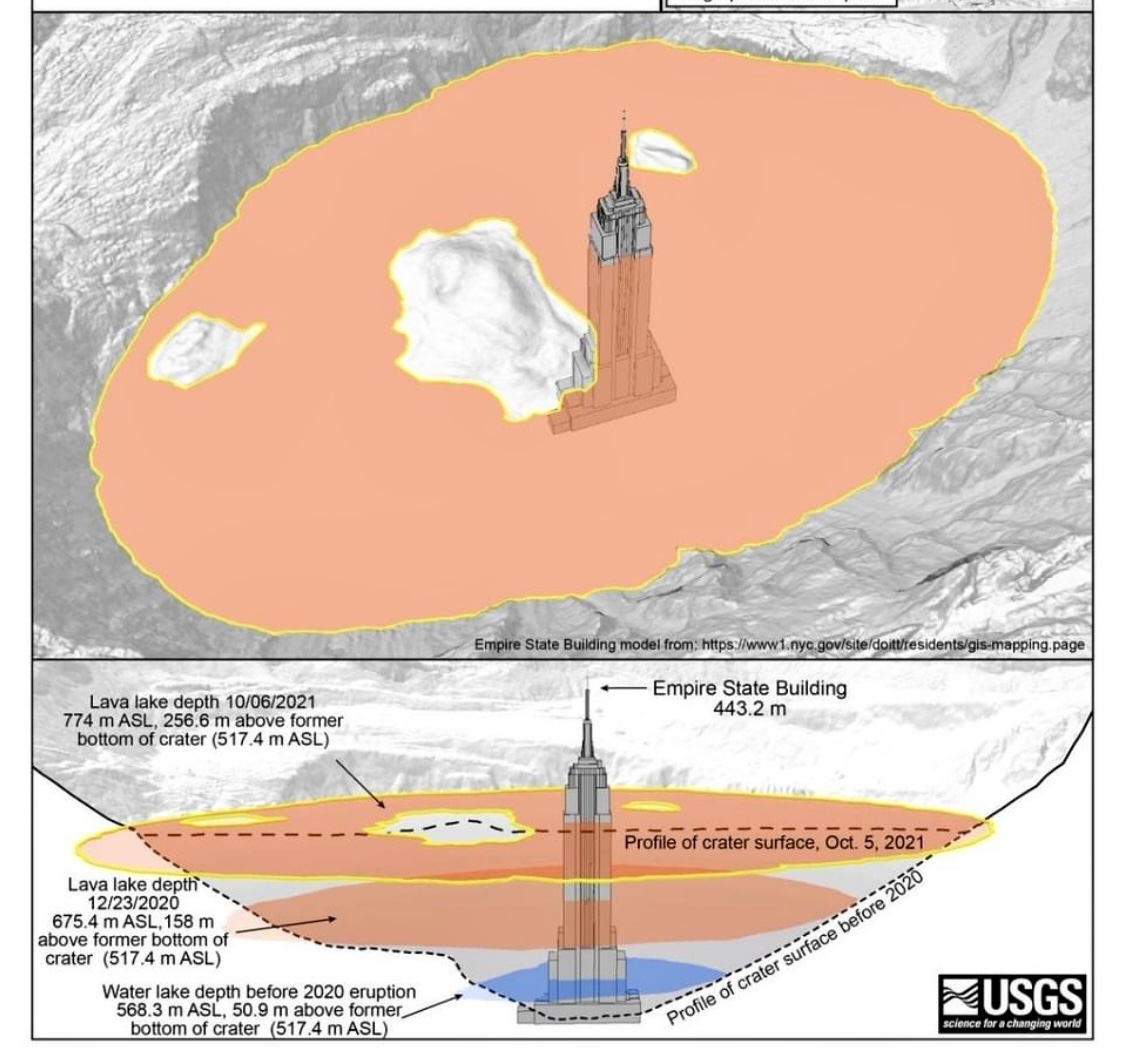 There was a 6.1 earthquake on the Big Island of Hawai’i yesterday. The quake scared the crap out of my friends all over the island but one in particular who lives south where the epicenter was near Ocean View started packing!

Most mainlanders probably have bigger problems or interests than following what is going on with one of the biggest volcanoes on earth, Kilauea, so I thought I’d just shoehorn this into your consciousness. I once read an article in National Geographic that showed that if all the volcanoes in Mauna Loa (where Kilauea lives) went off, it could crack planet Earth in half. That’s how deep below the oceanic plates this—the tallest mountain on earth—actually begins. But let’s not go there today. Suffice to say, earthquakes aren’t always that helpful.

How much lava has filled Kīlauea’s Halema‘uma‘u’s crater over the last brief period of time? Well, if the Empire State Building in New York City was placed at the bottom of Halema‘uma‘u crater, they estimate the lava lake level could already be as high as the 70th floor!

For reference, the base of Halema‘uma‘u crater after the 2018 collapse was 1698 ft above sea level. For comparison, the height of the Empire State Building is 1454 ft.

I do not believe human beings have caused volcanic changes. Unless, like Hawaiians, you believe in the Goddess of volcanoes, Pele. In that case, yes, she is totally pissed at the stupidity of most people unable to see the simple moral truths right in front of them.
Mahalo nui loa.