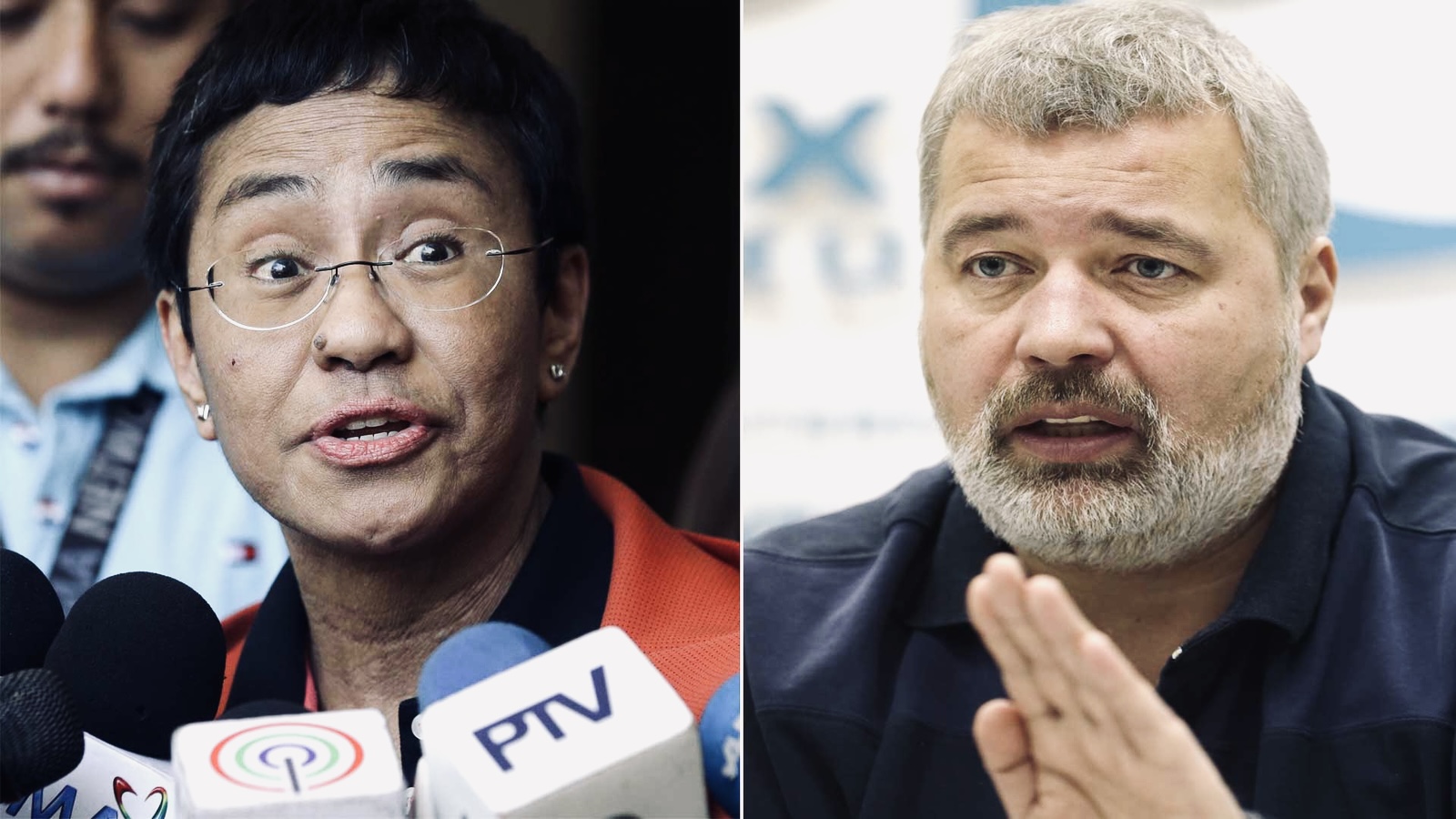 The Nobel Peace Prize was awarded to two journalists, Maria Ressa of the Philippines and Dmitri A. Muratov of Russia. This acknowledgement comes at a time of endless assaults on the free press across the world, as authoritarian governments extend their reach using former president Trump’s slogan of “fake news” to suppress dissenting views.

Maria Ressa has faced multiple criminal charges for the way her news website, Rappler, has challenged the corrupt rule of President Rodrigo Duterte. Both she and Dmitri Muratov, whose Novaya Gazeta newspaper has been a persistent critic of President Vladimir V. Putin, work under governments that use a range of methods — from repressive legislation to violence and arrests — to muzzle their criticism.

Among the prominent journalists murdered in recent years are: Daphne Caruana Galizia of Malta, the Slovakian investigative journalist Jan Kuciak, and, this year, Peter R. de Vries in the Netherlands. Everyone of them are heroes who had made it their business to reveal uncomfortable truths.

This battle for the truth plus the existence of massive amounts of disinformation online, has become a means to undermine real and challenging journalism—the foundation any human being’s informed  judgment. Otherwise we are all vulnerable to anything or anyone, anywhere at any time.

Announcing the award, the Nobel committee chair, Berit Reiss-Andersen, said: “Without freedom of expression and freedom of the press, it will be difficult to successfully promote fraternity between nations.”