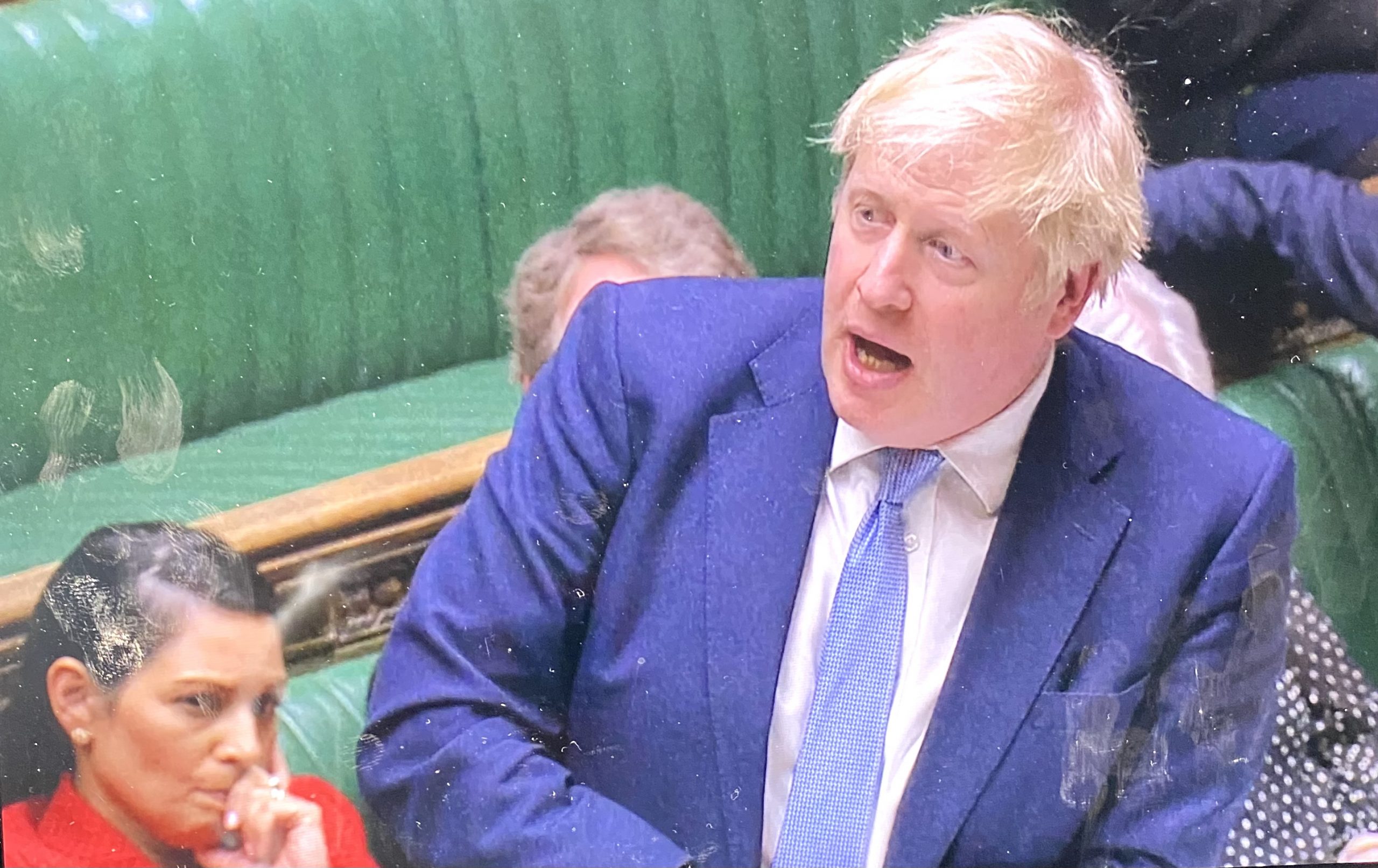 Disobeying his government’s own CoVid restrictions at a time when the British people were obeying them, Prime Minister Boris Johnson faces the kind of dressing down by Parliament that Donald Trump escaped (with the help of his corrupt party) during his one-term presidency.

What an awesome experience to watch the workings of a REAL government—the British Parliament—as it dresses down Prime Minister Boris Johnson, who is accused of being part of several Downing Street alcohol-fueled gatherings during a period when his own government was instructing the public to avoid all socializing, even with close friends and relatives.

Unlike you-know-who 🤡, who misled the American public (“It’s a hoax”) and has been protected by his party in the Congress ever since from facing any reckoning for for his numerous treasonous activities, the British Prime Minister stood for hours and hours in front of Parliament answering one furious government representative after another for his failure to show leadership at a time when his own countrymen were following CoVid rules while watching their friends and relatives die from a distance. A distance they dared not cross.

It’s painful but heartening to see Democracy working somewhere in the world.

Now about those US Mid-Terms! We must make our Congress as inspiring as Britain’s Parliament. All it takes is voting in numbers that cannot be fucked with. Organize now.